This blog gives you an idea of what to expect if you travel to this small but very friendly and diverse country. The cities of Dubai and Abu Dhabi are ultra modern and give people lots of opportunities of shopping, entertainment and the tallest building in the world, the  830 meters high Burj Al Khalifa which can be seen on the picture below. This country is also very beautiful and the beaches and desert areas are just great (which I think not many visitors have realized). I´ve been here twice, 2012 and 2014 and seen both cities but also traveled outside these to the city of Al Ain, the mountain at Jabel Hafeet and to the very beautiful desert around Liwa. Liwa is actually the easiest place on earth to visit great (red) sand dunes. A few nights we stayed close to Dubai airport and the views from the hotel roof was very impressive. When we drove out to Al Ain and stayed at a hotel at the top of Jabel Hafeet and the vistas from here were also beautiful but in an other way. Here you can see the border to Oman on the left and my birding area here to the right. In this desert like habitat I saw the very much sought after Desert Warbler and some Wheatears. A little bit to the right at the photo above is the very good birding area of Green Mubazzarah. Here they have made a garden like recreation area which attracts lots of birds. Here I saw 3 different species of Wheatears. This male of Hume´s Wheatear and also the picture with the same bird together with a Red-tailed Wheatear. Where the grass was plentiful you will easily see birds like Hoopoe, Indian Roller and the Red-wattled Lapwing. At the stony slopes I found a family of Desert Larks which has a good look despite it lacks colors. This is how it looks from the other side. If you continue to the "top" of Jabel Hafeet you will come to a big parking area with a restaurant. Here is a good spot to see the Striolated Bunting as well as the Egyptian Vulture if you look up instead of on the ground. As I´m also an avid golfer I often try to visit some courses during my trips. Actually you sometimes see birds at the golf courses that might be quite difficult to see elsewhere. Here you can see Greater Flamingos, Socotra Cormorant, Egyptian Goose and Common Sandpiper which were easily seen at the famous Abu Dhabi Golf Course. At the golf course at Al Ain I had to jump out of the buggy and take a photo of this "classic beauty" Isabelle Wheatear. In Abu Dhabi I had a good and unusual experience. I played some golf at the "sand course" Al Ghazal, which is close to the airport and here I again saw some very nice birds like this quite difficult Crested Honey Buzzard as well as the common White-eared Bulbul and the awesome Green Bee-eater. Easily seen in some parks was this Grey Francolin as well as the abundant Chukar Partridge. As I drove into the more sandy and desert-like habitats I saw many Crested Larks as well as as this cute Camel at a local festival. If you are interested in nature at all, make sure you take some routes outside the famous city areas and experience some nice views like this sand dunes close to Lisa Desert. A country of many images, go there if you can!

Birds seen on both trips. 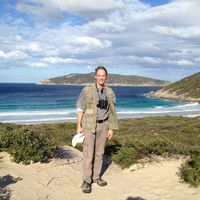